Mona Shores 2018 SS/LB De'Anthony Davis is visiting Wayne State on Saturday for the 2nd weekend in a row as the 5'10" 170 lbs is ramping up his interest in Wayne State.

Davis has nothing but good experiences and discussions, including with the Warriors head coach, Paul Winters, "I'll be looking forward to seeing Darece Roberson and Deontay Moffett (former Mona Shores players) play against Saginaw Valley's La Tommy Scott (former Muskegon Catholic Central player). I talk a lot to Coach Reardon, the assistant coach at Wayne State and Coach Winters, the head coach of Wayne State. I went to a camp in June and competed against some of Detroit's best and previously went on a visit to see them play against Indianapolis. 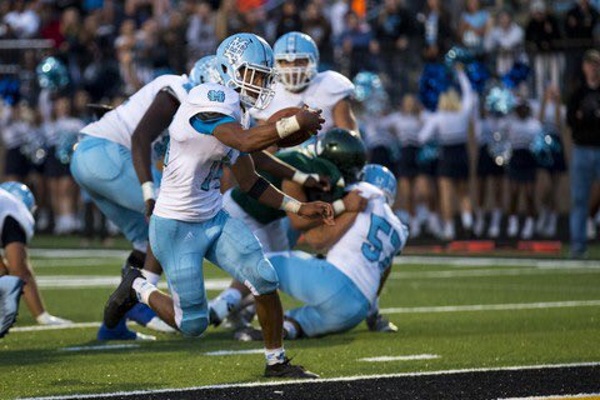