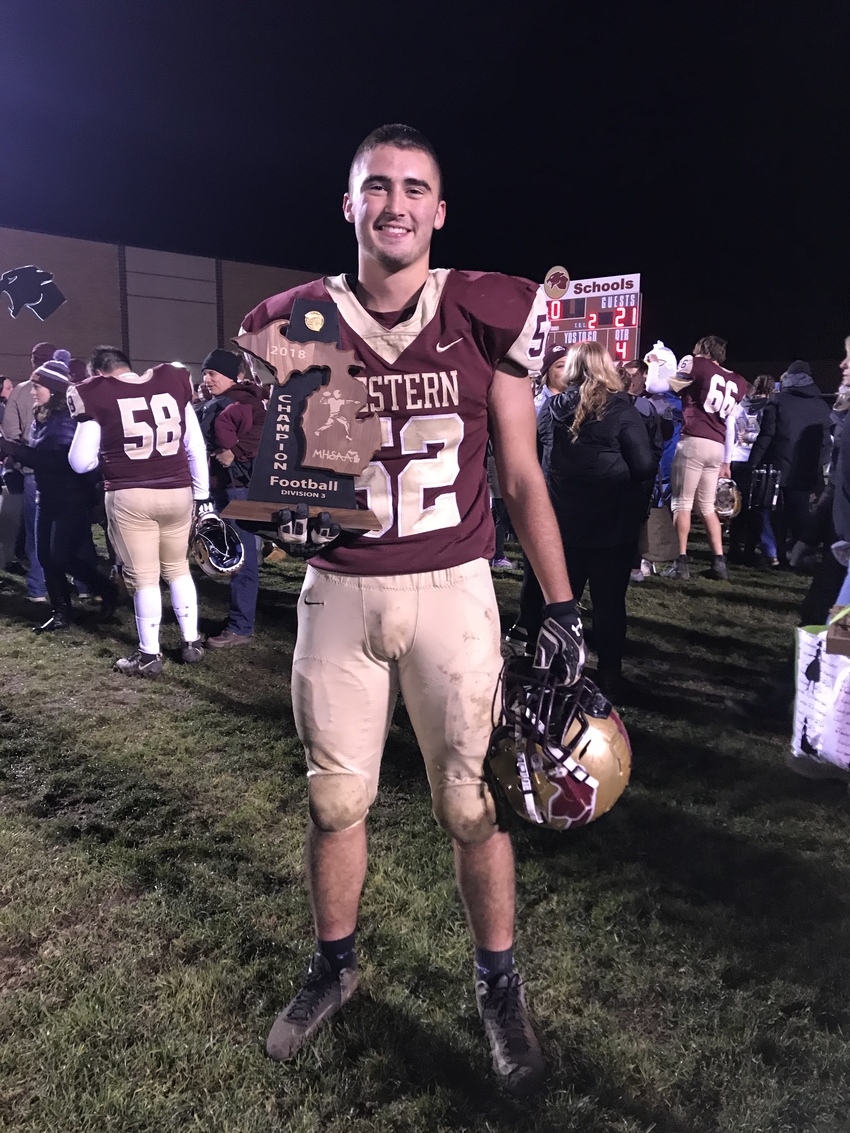 Colleges that have shown you interest:

I am a very smart football player with a nose for the football. I absolutely love the physicality part of the game. I enjoy trying to figure out what an offense/defense is trying to do and adjusting my game accordingly.

I am a tough, smart, physical and competitive.

My first goal was to be a starting member of the varsity team as a sophomore which I have accomplished. My second goal was to be an all-conference player as a junior and that I have also accomplished. My next year’s goal is to be an all-state player my senior year. We made the playoffs in the 2017 season which is only the 2nd time in school history. In 2018 not only did we make the playoffs again but we won the 1st playoff game in school hisorty, went on the win the District Championsip and set several school records.
I would love the opportunity to play at the next level.

I absolutely love football and at this point in my life, I cannot imagine not playing the game in college. I come from a football family. Several have played or are playing at the D1 level.
My dad played at the University of Michigan and that has inspired me to want to continue to play after high school.

If you are Garrett Plate, you may request access to edit and maintain this profile.