Mostly everyone knows about Davison 2018 RB Tariq Reid from what he did as a junior for Davison. Reid had over 2,000 yards of offense in 2016 and over 30 touchdowns.

As a senior, the stats aren't as gaudy but Reid's impact is greater as the Cardinals are 2 weeks away from their opening game of the playoffs. Reid returned as a Senior; bigger, stronger, and faster and has over 1,000 yards through 8 games along with 12 touchdowns.

Davison Head Coach Kyle Zimmerman has witnessed first hand, Reid turn into a freak his junior and senior seasons. Zimmerman commented on how Reid's senior season has played out, "Tariq has played at a higher level across the board than ever before in my opinion. Every week when evaluating film I have found a different phase of his game that he has not only improved on but turned it into another weapon he has that wears on people before they gotta deal with him in the 4th quarter."

Zimmerman continued, "I think it was up for debate as to who the top candidate for Mr. Football is and who the best RB in the state is, now I think it’s clear and he wears 21 for Davison. He is ruthless on the perimeter if blocking, he catches it better, he understands the game on a deeper level, and he's become an even better teammate. In our game vs Flint we had 3 INTs for TDs, 2 Punt Returns and we didn't have the ball much. He totaled 7 carries and 78 yard on the night. I felt bad and grabbed him and said, "I'm not risking what you will do in November to teams to pad your stats in a game like this." He cut me off before I could say anymore, had the big smile on his face and said, "Who's winning Zimm? Nothing more important than that Coach" He gets it and now it's time to put some people in the phone booth against him and see who comes out!"

Reid holds a handful of FCS and Division II offers, but the 6' 200 lbs Reid is going to make a lot of schools look silly if they pass on him. 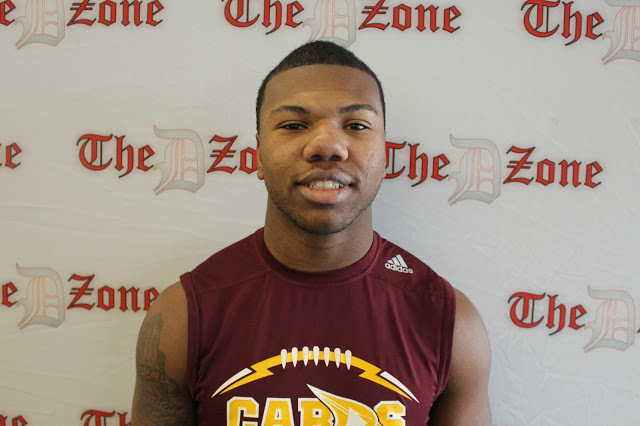 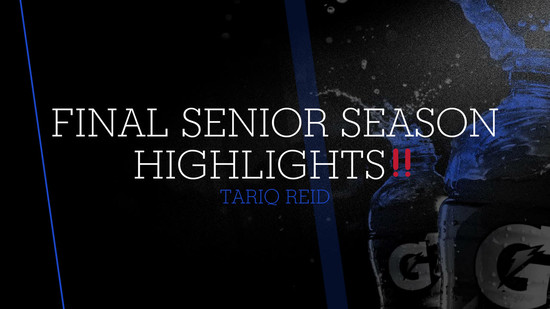