Chippewa Valley 2019 LB Marcel Lewis announced on his Twitter account that he would be committing on Wednesday, saying, "the time has come."

Lewis informed The D Zone that his commitment will be around 1 pm.

The 6'2 200 lbs LB announced he would be making a top 5 list last month, but that never materialized and now he's ready to make his decision.

Of the 18 offers that Lewis holds the biggest ones are; Michigan State, Michigan, Kentucky, Iowa State, Minnesota, Syracuse, and Iowa.

Lewis also visited Ohio State two weeks ago, but didn't receive an offer from the Buckeyes. 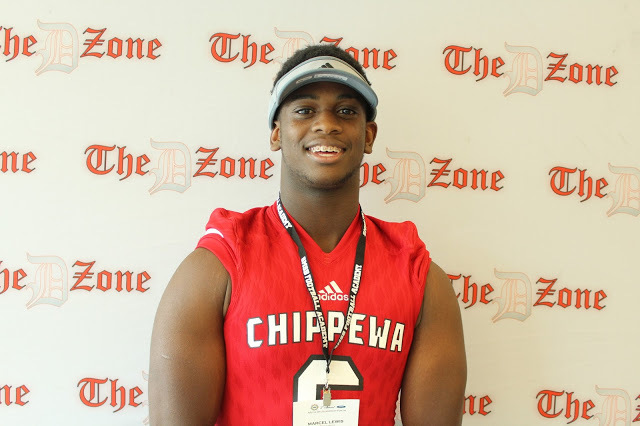