Belleville 2019 DE/OLB/RB Jalen Hunt committed to the University of Iowa on Saturday during his official visit.

The 6'2" 235 lbs ATH is a versatile defender who can play DE or OLB at a high level, but also Hunt has been a dynamic offensive playmaker as a RB/H-Back.

Hunt in recent months has bulked up a bit and worked as a DE at Grand Valley State's Best of the Midwest Showcase, where he was unstoppable.

Hunt has a high-motor and very good athleticism which will allow him to remain a versatile player on defense as he proceeds throughout his football career.

Hunt had 18 offers at the time of his commitment to Iowa. 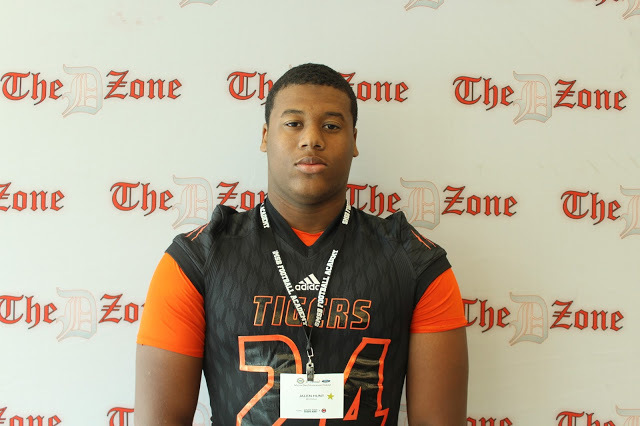