Catholic Central moved to 7-0 on the year and faces their toughest test in West Catholic in week 8.

The Cougars 2018 RB Nolan Fugate was not going to look ahead to West Catholic as he had a dominant and focused game for Catholic Central. Fuguate ran for 475 yards and 5 touchdowns.

Fugate's performance was good enough to put himself in the record book for 4th most all-time rushing yards in a game. The top record is 529 yards by Dwain Koscielniak of Gaylord Cathedral in 1990.

Fugate's lone offer as of now is from D1-FCS program - Butler. 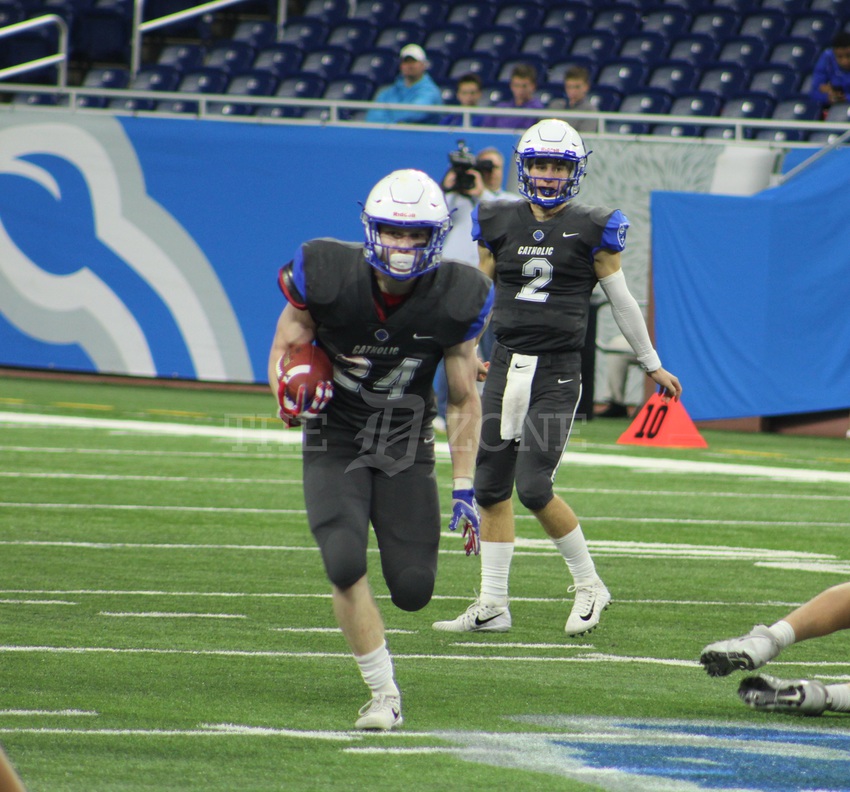