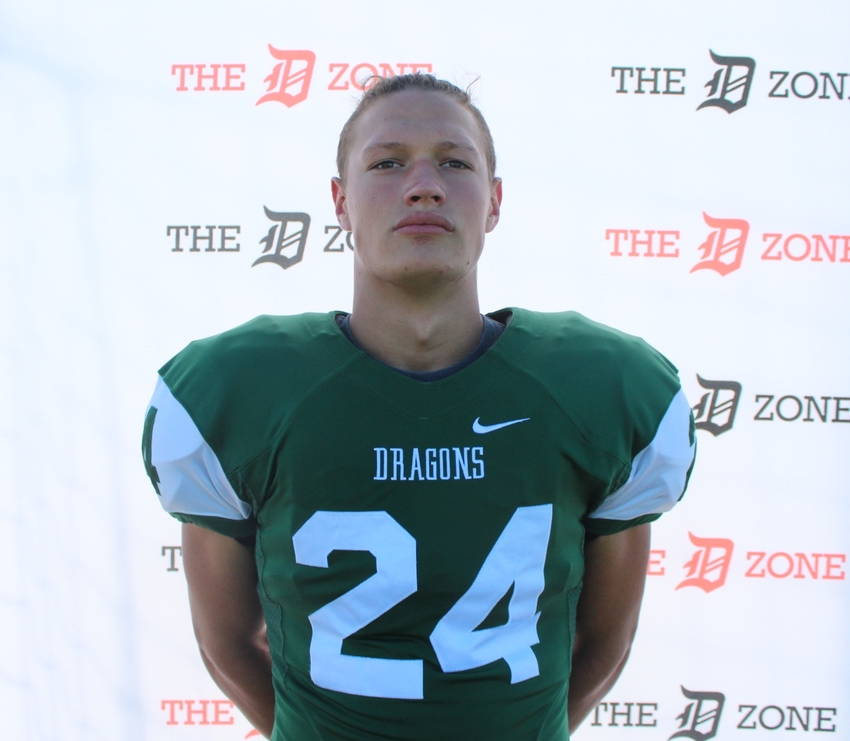 This is what my coaches have to say:

Fall 2015:
Isaac was by far our toughest football player, both mentally and physically. He has the ability to make every play at the highest level. Isaac played outside linebacker, QB and long snapper. Isaac could, honestly, play every position on the field if asked. Isaac was our leader on defense. He was great on both run support and pass protection, but he shinned in my blitz package. He could read his keys better than anyone I’ve ever coached. If I asked him to get to the QB he got there every time. Isaac was our backup QB when we needed a big play we would bring him in and he always delivered. Isaac always demonstrated strong leadership skills along with strong team attitude; he always put his team first. Isaacs’s athleticism has the potential to enable him to play at the next level if he so chooses to keep working harder than his peers. To this point the sky is truly the limit for his talent.

Fall of 2014
Isaac is a gifted athlete and very aggressive. He could have played and started at least 6 different positions. Collectively we decided to best utilize his talents as our starting strong side linebacker as well as our starting right guard. In my opinion, being an accomplished wrestler has helped him in football. He has a nose for the football and plays the game with a relentless spirit. Isaac is a strong leader and a great teammate. Outside of all of his physical attributes, he is a great person and was a joy to coach. Isaac will succeed at the next level as long as he continues to show the same work ethic, strength and determination that I have seen. I look forward to following his career has a young man and a football player.

How I play the game of football is with a chip on my shoulder, because through out my life I've never have been the biggest or strongest player on the field but I know for a fact that I work the hardest and hard work beats talent when talent doesn't work hard.
My brother plays D2 football at Michigan Tech and with the competitiveness that runs in my large family ( 6 boys 1 girl) its my goal to go bigger. I will do whatever it takes to achieve that goal!

The way that i look at high school it's more than just football it's a lifestyle. Football teaches you how to work with others and encourages you to become a leader.

If you are Isaac Kinne, you may request access to edit and maintain this profile.