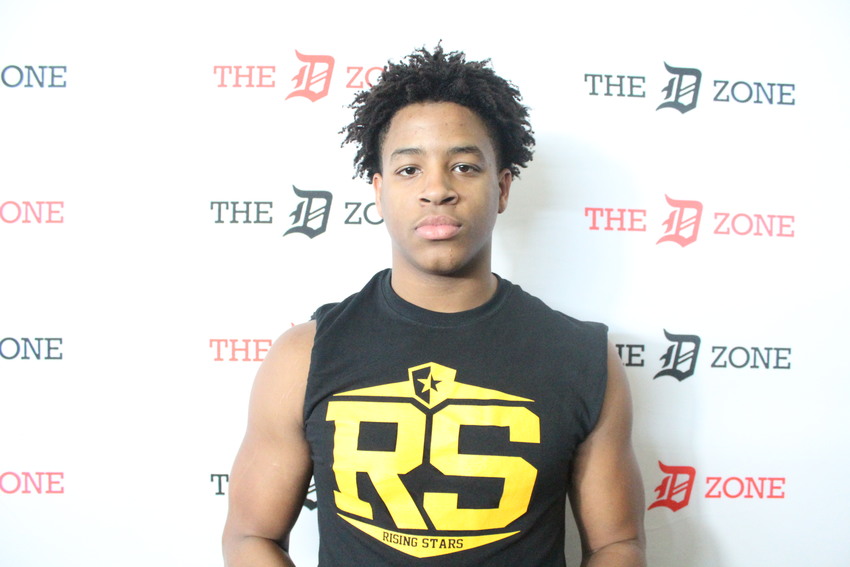 What separates me from everybody else on the field is Effort. Since I was younger Coaches have always told me that Effort is what separates a losing team from a winning team, so you will never see me walking on the field or giving up on a play.

Leadership also plays a key Role. At Linebacker I have to be the voice of the defense so on the field I’m always communicating, getting people lined up correctly, and I have a clear mind in crunch time situations where the play can win or break the game

Lastly is Technique. This is what I focus on when I am going against people. It doesn’t matter how big they are, or how much faster and stronger they are then me, if I use good technique I will make the play

I am a coachable player and along with that, I am really aggressive. I bring lots of energy to the field and play as if nobody on the field is better than me.

Every Year I set goals for my football season. My Freshman year the only thing on my mind was balling out so we can win and I can get pulled up on Varsity. Fortunately, i met my goals and was an instant starter but I felt as if I was not big enough for Linebacker and I had to work in the offseason to get bigger and stronger.

Going into Sophmore year I really focused on getting bigger and stronger so I can get off blocks easier and make Solid Tackles. To do that I would need to get explosive. So right now my squat is around 360.

This year I want to wake everybody up and go on a playoff run. I Feel like we have the pieces to do so and by the time I get out of high school my team and I need a State Championship.

Playing football at the next level is a dream to me. I’ve been playing it for so long and I have gotten better over the years. I feel as if I have a gift and it is my job to produce and get a free education at a premier college so I can, later on, do big things in life. Football is more than a game, it can change lives.

If you are Dorian Mausi, you may request access to edit and maintain this profile.