Before Waterford Mott 2020 DE/OLB Chris Henderson grew to a 6'3 215 lbs football recruit, his life was nearly over before it started.

Henderson was going to be aborted by his mom, as doctors said he was supposed to have Down syndrome and other physical and mental problems from an initial screening & blood tests.

Chris Henderson's father who is also named Chris Henderson, said, "she was going to abort him and I told her no, have him and I will take care of him so that's what she did. I have had full custody of Chris since he was 7 months old."

Henderson's father described that Chris saved him, "I was young and running the streets of Pontiac, I lost myself."

Chris didn't walk or talk until he was 2.5 years old, diagnosed with a learning disability, bullied up until he was in 8th grade where he then grew 6 inches, and doctors recommended breaking his legs and resetting them when he was younger, but instead Chris' grandmother helped rehab him.

Things are quite different now for the 6'3 215 lbs prospect as you would have never guessed he had to overcome all these struggles when you meet and see him in person.

Henderson is now in Honor Roll classes at Waterford Mott where he has a 2.6 CORE GPA and around a 3.4 overall GPA.

Henderson as you would expect added a lot to his frame both in terms of height and weight in recent years, so he's been learning how to utilize his body, therefore he hasn't met his potential on the football field yet.

This year, Henderson will have a big role for Mott and his first real taste of Varsity football.

This past year one of Chris's closest friends, Zyaire Croskey died from a gunshot wound and the day Zyaire passed away, he texted Chris, 2 hours before he died and told him to do good in school and on the field.

Since Croskey's death, Chris has turned up his work-ethic a few notches, adding 35 pounds of muscle and changed his number to 9 in honor of Croskey who was 81 (8+1 = 9).

Chris Henderson is a true late-bloomer who will look to finish what Croskey started, "I promised him, I would make it," said Chris. 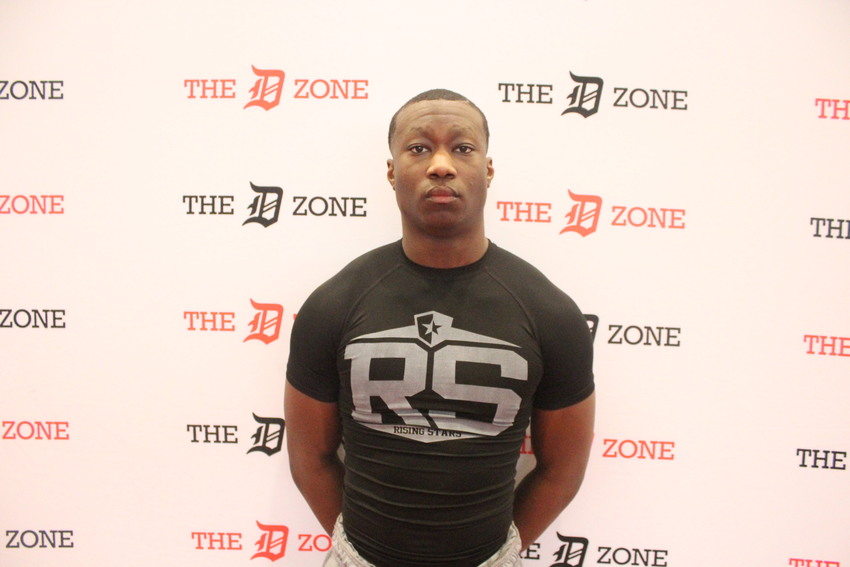