MJ Griffin who stands at 6-foot-1, 185-pounds has been one of the most highly sought after prospects in the 2019 class and is looking at every option that presents itself.

The Junior has 17 offers coming from schools like Kentucky, Louisville and Indiana but on Tuesday he visited the in-state Michigan State Spartans which he was very excited about.

“The visit was great! The practice was good to watch. Especially the intensity. My dad and I were with Coach White the whole time. He introduced me to Coach Dantonio,” says Griffin.

Griffin had some good things to say about the Head Coach for the Spartans.

“Coach Dantonio is one of the most humble coaches. He's honest with me and is a relaxed guy.”

Griffin went on to talk about what he looks for in a program and described a lot of Michigan State has built.

“Player development, Coaches that will always be honest with me and culture.”

Griffin really likes his possibility as a Spartan but wants to see a couple more schools soon.

“Pittsburgh, Penn State, Purdue, and Kent State have been in contact with me recently about getting on campus soon.”

Although Griffin doesn’t hold an offer from Michigan State I like the Spartans chances with the big speedy Saline defensive back. Penn State and Kentucky should both push hard for his talents. 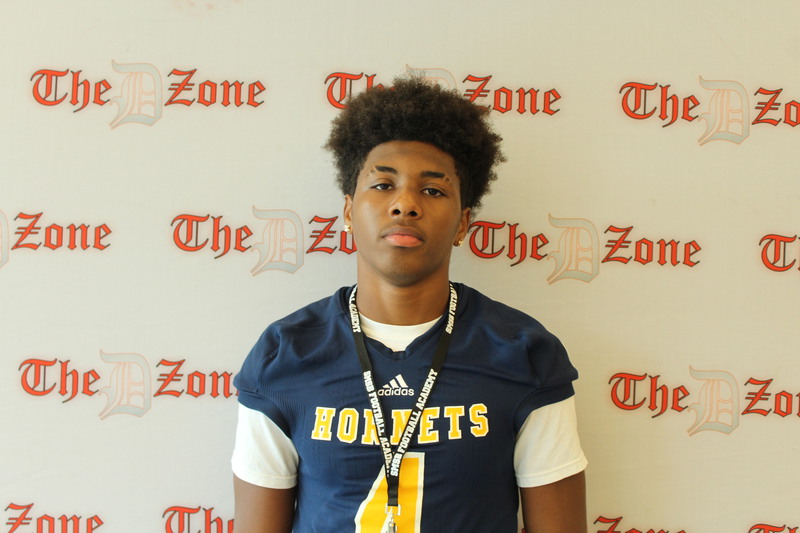