Rockford Cruises Past Caledonia in OK Red Match Up

Coming off of consecutive losses, the Rockford Rams desparately needed to get back on track to keep their 2017 playoff hopes alive. Standing in their was was the Caledonia Fighting Scots, who were also entering the game a 1-2 record.

Rockford got things started on their opening possession capping off a 67 yard scoring drive with a 6 yard pass from Jason Whittaker to fellow senior, Chase Novak. The PAT by Eric Zeboor was good and the Rams led 7-0.

Caledonia answered on the insuing possession, going 80 yards in 9 plays. Junior QB, Caleb Bronkema, did most of the heavy lifting on the drive for the Scots. Bronkema tallied the touchdown score on a 4 yard plunge, but the PAT was missed, making the score 7-6 late in the 1st quarter.

From that point on, it was ALL Rams.

Rockford scored on a 1 yard dive by senior, Maliq Thompson and Zeboor made the PAT to increase the Ram lead to 14-6.

After the defense forced a Caledonia punt, the Rams went back on the attack. Maliq Thompson capped off a 70 yard drive with his 2nd touchdown of the night, a 26 yard scamper around the right side. The Rams would notch another touchdown right before the end of the half on a 7 yard pass from Whittaker to Logan Lee. Rockford led at the half 27-6.

The Rams would receive the ball to start the 2nd half and go 80 yards in just 5 plays. The biggest coming an a 60 yard run by Jack Richardson, to set up a 14 yard score by Maliq Thompson. The Rams led 37-6.

Caledonia was able to capitalize on a Ram turnover halfway through the 3rd quarter. Bronkema notched his 2nd score of the night on a short dive over the left side. The PAT was good moving the score to 37-13 Rockford.

Junior RB, Jack Richardson rushed 10 times for 126 yards and 1 score. He also added 3 receptions for 63 yards and a score.

Rockford advances to 2-2 on the season, while Caledonia falls to 1-3.

Rockford will host Grand Haven next week and Caledonia will host Kenowa Hills in their annual Homecoming game. 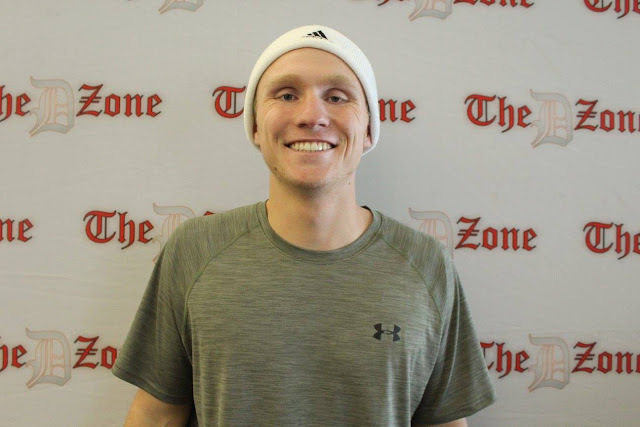