Grand Rapids Catholic Central 2018 OT Jalen Mayfield was drafted #68 overall (#4 pick in the 3rd round) by the Atlanta Falcons.

The 6'5 326 lbs OT previously played for the Michigan Wolverines from 2018-2019 but decided to focus on his draft preparation and opted out of the 2020 Fall football season.

Mayfield began his high school career as a TE/DE before making the switch to OT where he helped GRCC win two State Titles.

ESPN said this about Mayfield, "Mayfield is a big right tackle and strong drive blocker who gets good push in the run game. He has short arms for a tackle prospect. He's a better run-blocker than pass-blocker at this point. However, Mayfield moves well on tape and is just 20 years old, so he has the potential to make strides and develop into a starter in time." -- Steve Muench 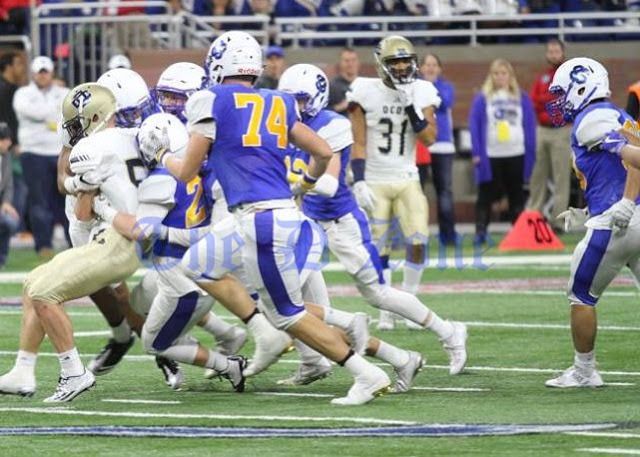