Austin Brown entered high school by being a well known name, in the Spring of his 8th grade school year, Brown was one of three 2019 high school graduates to receive a Division 1 offer from Akron.

Brown immediately made his mark, starting as a Freshman for one of the state's historically elite programs, Detroit Catholic Central. Brown led the Shamrocks to the Division 1 title game in 2016 but an ankle injury kept him out of the game vs. Cass Tech. Brown would leave CC over the off-season to enroll in his hometown's HS, Madison High School.

Austin's father, Jimmy Brown is the Athletic Director at Madison and had an incredible prep career as well, as the 6' 195 lbs RB rushed for 3,669 yards and scored 57 TD's which broke all of the Madison records at the time in 1992.

Austin Brown entered Madison in his junior season and in the first half of his first game, he was 18-20 for 352 yards and 8 touchdown passes. Austin Brown only improved from there as he concluded his career with 126 total touchdowns and led Madison to the 2018 D7 Final where they lost a thriller to New Lothrop.

Austin discussed the motivation of meeting & exceeding his Dad's legacy at MHS, "You always want to be the best at what you do and I wanted to be the best," said Brown. "My dad was the man and still is to this day so the only thing I can do is be the best me and the best person I can be. I have dreams of the NFL and I work hard to make and get myself ready for that everyday. I am proud of myself for what I’ve done so far but the best is yet to come. Naturally I was just born with that competitiveness and hungry attitude."

Jimmy Brown was able to see first hand the success of his son and commented on how proud he is of Austin's accomplishments, "I think people just expected him to always do well, and the numbers he put up at every level were just insane. I thought I was good in high school, being All-State and stuff, but he did things that we probably won’t see in a long time, and now, he’s averaging over 22 points a game in hoops through 17 games! And to top it all off, baseball is his best sport! I’m excited to see him at GVSU!"

"A lot of people want to see that 6’5 guy, but the people that didn’t get to see what Austin did for the teams he’s played on definitely missed out on something special! I’m his dad, and sometimes I just had to shake my head at his composure at such a young age! Very thankful for his experience at CC, with Coach Mach, Mr. Babicz and the rest of Shamrock Nation! They really took good care of him. His heart was just at home, and we're very lucky that he came back home! He took Madison Athletics to an entirely different level!"

This past week, through nominations on The D Zone's website, Austin Brown was selected by the East coaches of the MHSFCA/The D Zone East vs. West All-Star game which will be played at Saginaw Valley State on June 22nd.

Brown who was All-State as a senior and The D Zone's highest ranked D-II commit at #52 overall in the class of 2019, was also the coaching staffs first choice at QB for the East vs. West game. Brown provided his thoughts on having the opportunity to play in the game, "It means a lot and it's a big opportunity, leaving my mark on high school football. I plan to put on a show and play like I never have before. I'm going to rep my family and school the best way I can. I know a lot of people will be there for me and I can’t wait to represent and show them how much I appreciate them. I am excited to play, to say the least.

Jimmy Brown had the opportunity to play in the game in 1992, so he knows how special it is to be selected to play in the game, "It was one of the best athletic experiences I have ever had," said Brown. "Back then it was at MSU, and there were some big time players that played in the game. Derrick Mason was on our team and Randy Kinder, who played at Notre Dame, was on the West Team. There were several guys that played in the NFL, and having the chance to play with them was really cool. Memories that have lasted me a lifetime! I think we might have been at MSU for a few more days than they are doing now, but there are a lot of guys that I still talk to, to this day! The food was great, the gear was awesome, and I still have some of it 26 years later, including the game Jersey." 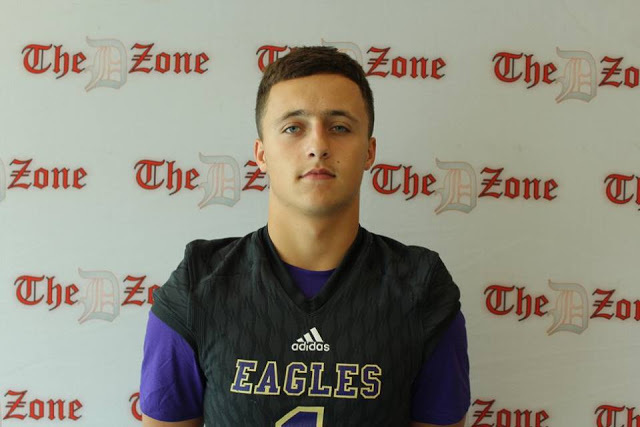