Rich Miller was just scrolling through his twitter feed when he got a message from Assistant Football Coach E.J. Henderson from Cornell.

Following that message Miller was offered a scholarship to play football at Cornell.

“Coach Henderson messaged me and said he wanted to talk to me about an offer so he called me and told me and we had a conversation about The Ivy League and other things,” says Miller.

The offer was Miller’s fourth offer and first Ivy League, his other three offers include, Syracuse, Cincinnati, and Bowling Green. A couple of those schools that Miller plans on visiting soon.

“I may go to Syracuse on Saturday, I’m not sure yet. I’ll be going to Cincinnati whenever it gets set up.”

Miller does have a couple of schools he’d like to hear from still.

“I’d like to hear from Ohio State, Penn State, and Stanford.”

The 6-foot, 215-pound linebacker also remains in contact with Purdue, Kansas, and Akron on top of the other schools that have made offers. Miller hopes to keep his momentum going as a returner on one of the best programs in the state 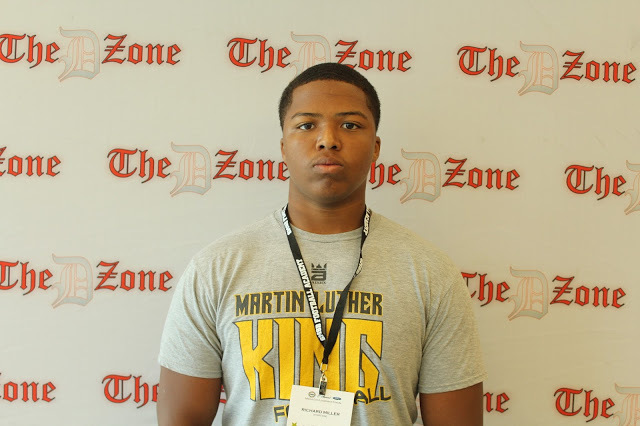