The College Gridiron Showcase & Symposium will return to the Dallas-Fort Worth area in Addison, Texas, and is slated to be held Jan. 6-10. The unique format features a showcase with a controlled scrimmage, giving participants the most exposure opportunities to display their talents in front of professional scouts.

One of the premiere college all-star events in the country, the College Gridiron Showcase unveiled its rosters for the All-Star and Select Groups earlier this week. Okoye was named to the All-Star squad for the fourth annual event, which features high-profile standouts from many NCAA Division I institutions.

The CGS is a college postseason showcase for NFL Draft-eligible players across all college football divisions. CGS selects the squads via a panel of football experts. Participants take part in the five-day, four-night event with the opportunity to be evaluated by professional football league scouts. The players receive professional coaching, mentoring, life coaching and seminars that will benefit them as they move forward in their professional lives in or out of football.

Since 2015, 273 CGS participants have had an opportunity to extend their careers through the NFL draft, free agency, rookie camp invitations and tryouts (including 105 from the 2017 CGS), with several others being drafted or signed to play in the Canadian Football League. Over 110 NFL scouts and executives representing 30 teams attended the 2017 event in Bedford, Texas. Meanwhile, over 40 CGS players are currently on NFL rosters.

As a senior this past fall, Okoye earned All-Great Lakes Intercollegiate Athletic Conference (GLIAC) recognition. He closed the year with 25 total stops and added two tackles for loss and a forced fumble while plugging the middle for one of the nation's top defensive units.

This season, he also helped the Bulldogs finish the recent 2017 campaign with an 11-2 overall record. FSU's 11 wins this season marked the fourth consecutive year in which the Bulldogs had achieved the feat, which represents the first time in school history in which FSU had done so over four-straight years.

As part of this year's senior class, he also guided the Bulldogs achieve a 45-7 overall record over the past four years with four playoff appearances, two conference championships, two national quarterfinal berths, a semifinal game appearance and a super region championship. 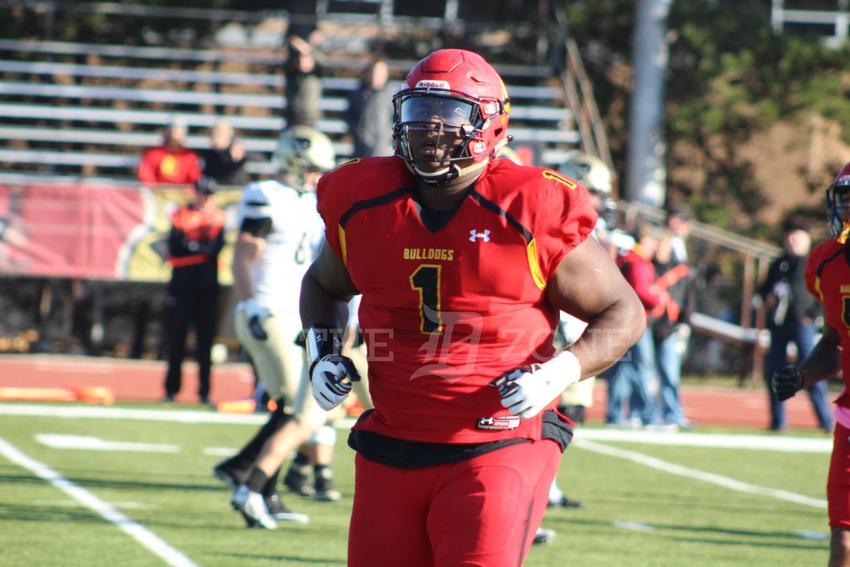