Cass Tech 2021 OT Terrence Enos Jr received his first offer from maybe one of the last teams he would have expected, the LSU Tigers of the SEC.

That's exactly what happened late last month when the Tigers came calling, leaving Enos shocked. "I thought it would be a smaller school who would offer me first." said Enos. "I found out from my teammates. I was at lunch when they told me about what Wilcher said on Twitter. I saw the LSU coach earlier but couldn’t talk because we were in the middle of taking finals. When they told me, I was so shocked and I told my parents."

Enos has since received an offer from the University of Pittsburgh following an unofficial visit to their campus.

This process will repeat dozens of times in the future as the 6'5 310 lbs Enos weighs on what will impact his decision, "the next few years I just really know what colleges keep it for real," said Enos. What schools are the best academically and what schools have the best family environment for me to fit into."

Enos described his sophomore year as an overall success and was excited to learn behind two outstanding senior OT's in Allen Jones and Darius Bellomy. "Allen and Darius have prepared me well for this upcoming season along with the rest of the O Line and the coaching staff," said Enos. "I feel like I accomplished just being a better player overall. I looked at my film from my first two seasons and saw a big difference. I had a faster first step, a more explosive punch, and I was able to control and drive the defenders better this year."

Enos looks forward to these next two years and shared what he wants to improve on this off-season, "I just want to get stronger and quicker. I want to lose a few pounds as well." 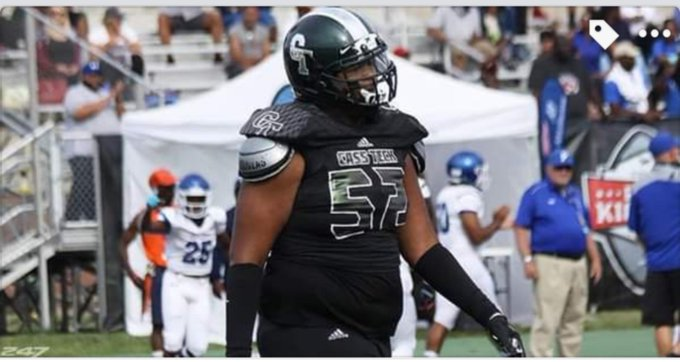