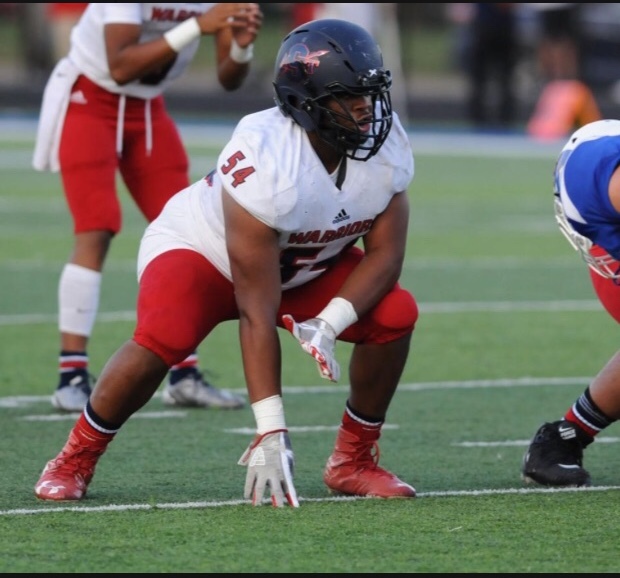 My ability to size up a opponent after a couple of plays and determine his weakness. I have always played against much older and bigger players, so I had to use more brain than strength. I’m the type of player that wants the biggest opponent so I can always get better. This is what separates me from everyone else on the football field

I remain confident that my next season will be my best season. I’m a three year starter but we have only gotten in the playoffs one time. This coming season that will change. I look forward to the combines during the off-season. I made second team OAA. Next year I’ll make all league and all conference. So far so good.

Short term goal is to play at the college level. I know I can compete and be a Assit on any colleges team. I want all college coaches to know just like the majority of players want to continue on to the next level so do I. We all want to be in the NFL but my focus is one step at a time. Practice or game time I’m the same focused and ready.

If you are Raymen McDonald, you may request access to edit and maintain this profile.