West Bloomfield / Purdue DT Eddy Wilson graduated from high school in 2015 and played 3 years at Purdue. The Defensive Tackle choose to forgo his senior season and declare for the NFL Draft as a junior.

BIO - "Wilson had a solid junior campaign, contributing in 12 games (starting one), posting 27 tackles, 2.5 for loss, a sack, and two pass breakups. He found himself ineligible for the Boilermakers' bowl game due to academics, however, which likely pushed him to declare for early entry into the NFL. Wilson started eight of 10 games played as a sophomore, playing with a club on his arm for a large share of the year. He compiled 36 stops, six for loss, and 2.5 sacks on the year. The former three-star recruit from West Bloomfield played in nine games as a reserve tackle as a true freshman, making 10 stops and breaking up one pass."

Overview - "Wilson has an NFL frame that should be able to carry more functional muscle and mass. He flashes NFL talent and the ability to become much more than he is today, but it will take greater strength and a self-starting attitude. If Wilson takes and processes coaching, he could become a solid interior defender, but if not he may find early work as an average backup who will face challenges for his job each season."

"The kid just hates school. He didn't want to go to class and didn't want to have anything to do with that side of it. Neither side thought it was a good idea for him to stay, let's put it that way. He's a ball player, he's not a student-athlete. Really strong. He's a make-it player." -- NFC regional scout

Strengths - "Plays with good toughness and energy, Keeps rolling with his engine revved throughout the rep, Willing to chase plays beyond the edges to find work, Doesn't lay on blocks, Shows ability to recover from early deficit and win the third phase, Late shed and tackle talent, Flashes disruptive qualities that can be cultivated, Initial hand strikes can be heavy and jarring, Powerful upper body allows him to dislodge blockers with aggressive club moves, Consistent finisher, He doesn't miss tackles when he gets there, and Played through pain with arm injury in 2016."

Weaknesses - "Undisciplined on and off the field, Flagged 15 times over three seasons, Scouts question his desire to put the work in off the field, Play is inconsistent, Posted relatively modest production based on talent level, Has below average feel for edge pressure, Fails to use hands effectively in controlling point of attack, Too willing to backdoor reach blocks rather than staying square and challenging their plans, Turns pads and will lose balance through contact, and Needs to improve lower body strength." - NFL.com 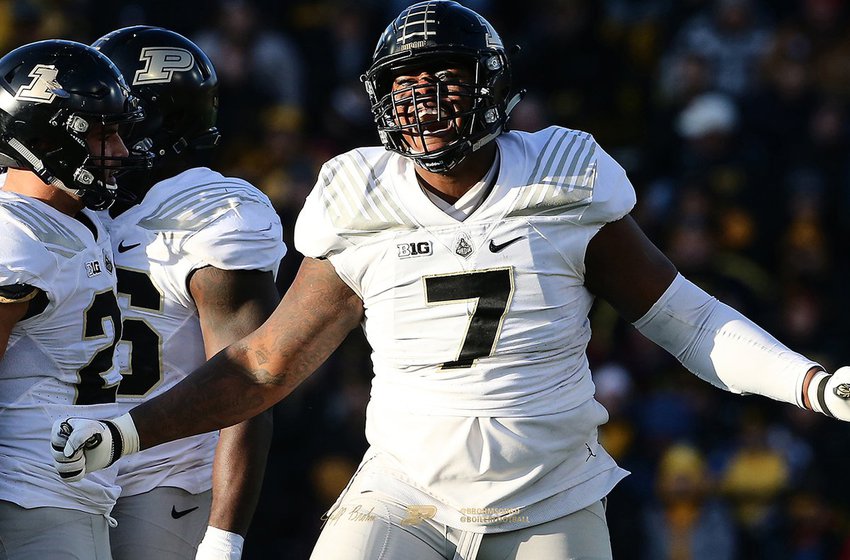