Southfield A&T 2017 OLB Lorenzo McCaskill was set to attend the University of Cincinnati last summer after signing his Letter of Intent with the Bearcats on Signing Day.

McCaskill said a few weeks before he was set to move in to Cincinnati, the coaches from Cincy said he wasn't a qualifier. McCaskill insists he was.

The 6'1 210 lbs LB held 15 Division 1 offers out of Southfield A&T but following a visit to Cincinnati he felt comfortable with the program and staff. With the Bearcats cutting loose McCaskill he had no options but to quit or attend a junior college.

McCaskill who was at the Warriors opening game vs. Davison this past year was in great spirits and looking forward to carving a new opportunity. McCaskill would soon after leave Michigan to attend Holmes Community College, a JUCO program in Mississippi for the Fall of 2017.

McCaskill finished the semester with a 3.3 GPA and was ranked as the #1 JUCO linebacker in Mississippi this Fall. McCaskill compiled 106 tackles during the season.

McCaskill in the past few months received some offers from schools who previously offered him out of high school as well as schools like nearby Sun Belt Conference program, Louisiana-Lafayette.

This past week, the Ragin' Cajuns announced Lorenzo McCaskill as an incoming player.

With 4 years of NCAA eligibility remaining and a year of Junior College under his belt, coaches aren't going to be forgetting about McCaskill anytime soon. 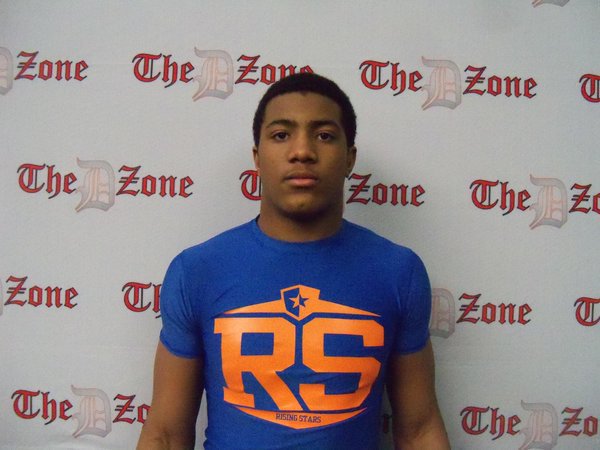