River Rouge 2018 S Reggie Pearson who is committed to the University of Wisconsin has been a 4-year stud for the Panthers on Varsity.

A lot of people know that Pearson is a phenomenal run-stop / tackler on defense, but forget that as a Defensive Back he also needs to cover Receivers depending on opponents formations.

River Rouge squared off vs. a top team from Indiana's Elkhart Central and Muskegon Heights in week 9, in both games Pearson had two interceptions. The 4 interceptions pushed his career total into the MHSAA record books.

Pearson now holds an impressive 21 interceptions which puts him in a tie with Brandon Stevens of Lake Linden-Hubbell.

Pearson is tied for 7th overall in career interceptions. 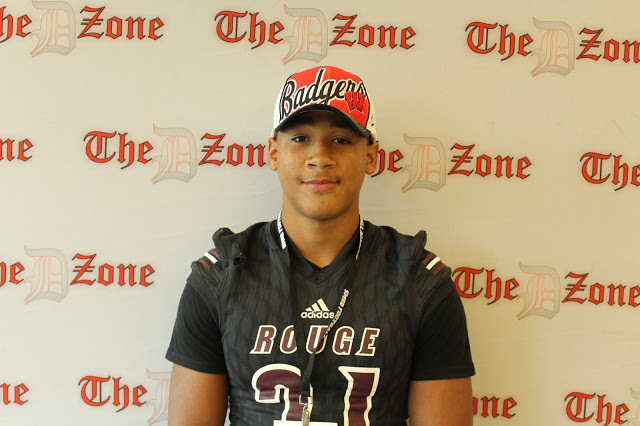