Michael Jordan who is 6'5 310 lbs is one of the most versatile interior Lineman in the 2019 NFL Draft as he can perform well at OG or OC. Jordan was drafted as an OG by Cincinnati this afternoon.

With the 34th pick in the 4th round and 136 Overall, the local Bengals snatched up Jordan who went to college at nearby Ohio State University.

Jordan is the first player out of Plymouth to be drafted in the NFL, Plymouth opened in 2004. Former Plymouth Kicker, Kyle Brindza signed as an UDFA in 2015.

"Jordan is a well-built, versatile interior lineman with the size and length to play center or guard. He plays with good leverage and flashes the ability to uproot defensive tackles. His excellent awareness in pass protection and the run game jump out on tape." - ESPN 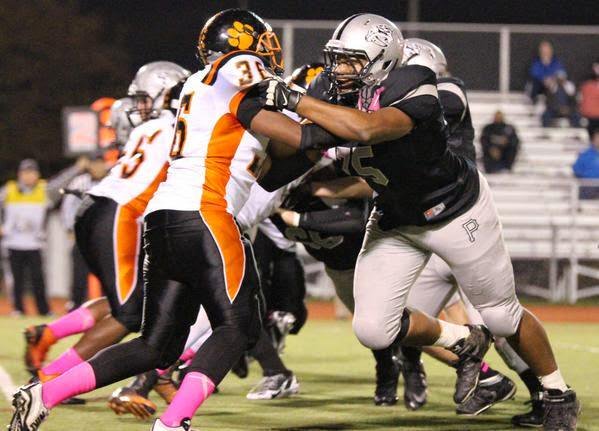