The Tigers are the 4th program to offer the punishing lineman from the 2017 Division 3 State Champions.

Bradford at 6'5" 330 lbs paved the way for all-state and The D Zone Player of the Year, La'Darius Jefferson at QB for a monsterous senior season in which the Big Reds won the Division 3 title and finished as the #1 ranked team in the state.

Bradford burst onto the scene by receiving his first offer from Georgia which was quickly followed by Alabama. 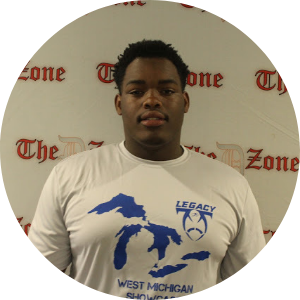