Muskegon 2018 OT Antwan Reed has decommitted from Penn State with a brief announcement on Twitter.

The towering offensive tackle burst onto the scene with his first offer being from Tennessee as a sophomore. Reed has had a somewhat twisted path to-date as he transferred to IMG, Florida as a junior but returned mid-season and was eligible to play right away due to an MHSAA rule. Reed helped lead the Big Reds in 2016 to a D3 runner-up and in 2017 he was the starting LT for Muskegon who won D3.

Reed's Muskegon teammate QB La'Darius Jefferson is a heavy favorite to commit to Michigan State so it will be an interesting dynamic if Reed and Jefferson prefer to play together on the next level now that Jefferson is likely to commit and sign with MSU within the next 2 weeks.

The D Zone couldn't confirm yet if Reed was visiting Michigan State this weekend, while the rest of the commits and top targets are on official visits. 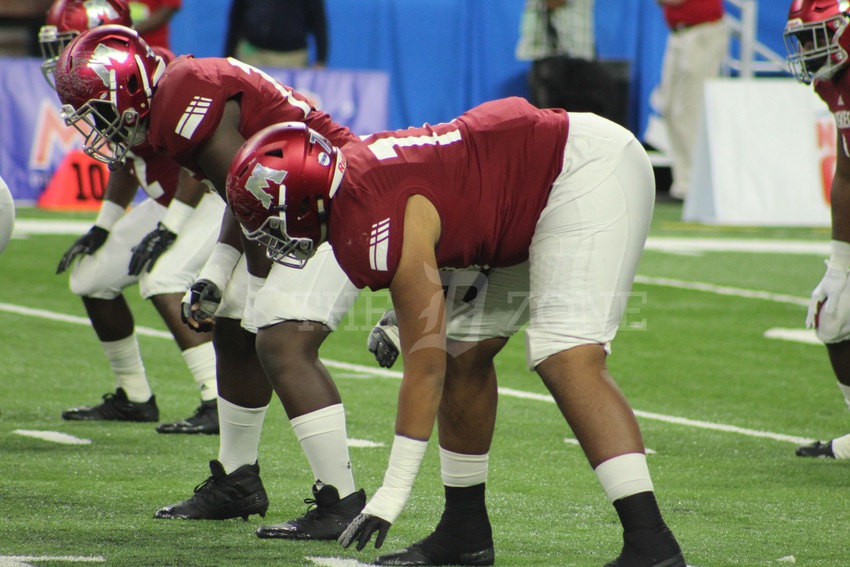