Brother Rice has won the Division 2 State Championship the past 3 years in a row, essentially rising the exposure of the Brother Rice players in the process. Perry caught 2 touchdown passes in the 2013 final vs. Muskegon, perhaps none better than a 1 handed grab early in the game. Brother Rice sent 13 players from their Class of 2014 to play football in college. For the Class of 2015, Brother Rice already started the tally with QB Alex Malzone. Today, the list grows +1, thanks to the Central Michigan Chippewas offering WR Grant Perry. Perry was the second receiver behind Ball State signee, Corey Lacanaria. Grant Perry saw action in all 14 games - finishing with 57 receptions for 862 yards and 6 touchdowns. Perry also plays CB where he had an interception, 38 tackles, 3 forced fumbles, and a blocked punt.

Following the break out season, it was just a matter of time before offer #1 came, Grant Perry commented on what it meant getting first offer following his performance on the football field, "it means the world, I feel so blessed that Coach Enos has given me the opportunity."

With the Brother Rice Warriors producing enough football players to field their own overall All College Team, Perry will be a player who joins that list of players who will be moving to the next level. Grant Perry is honored to be in that class, "joining the list of future college players that came from Brother Rice is an honor. I get to carry on the name of Brother Rice and represent it for more years to come."

Grant Perry closed by describing his thoughts on the campus that sits in Mount Pleasant, "I like what CMU has to offer athletically and academically. They emphasize both and I like that. On the field they compete hard each week and its always a fun time watching them play on Saturdays. CMU does also have a couple Brother Rice players on their roster, so that connection is always nice!" 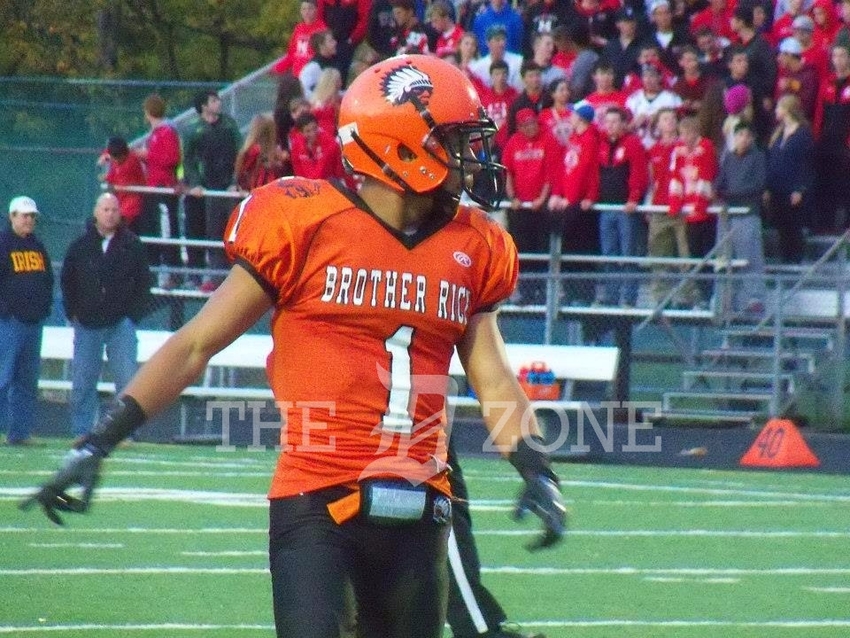