The Bloomfield Hills Cranbrook Cranes earned a victory against the Dearborn Divine Child Falcons, taking a 19-14 win on the road. This win is Cranbrook’s first in the CHSL-AA Division.

The Cranes jumped out to an early lead behind a 25-yard FG by sophomore K Chase Paulus at the 6:48 mark in the second quarter.

On the ensuing drive by Divine Child, Cranbrook junior LB Tariq Muhammad intercepted a pass from Divine Child senior QB Cameron Urbanick and returned it for a touchdown. The Cranes led 10-0.

Another Chase Paulus FG, this time a 27-yarder, with :02 left to play in the second quarter, gave the Cranes a 13-0 lead at the half.

The second half saw the Falcons put together a long opening drive, culminating in a 17-yard touchdown by senior RB Tyler Whiteside.

The score stood at 13-7 at the end of the third quarter.

In the fourth quarter Paulus would continue his scoring, adding two more field goals: a 29-yarder at the 9:43 mark and a 47-yarder with 4:10 left to play.

The Falcons would make an attempt to win the game, getting another rushing touchdown by Whiteside with 2:24 left to play,

But the Cranes would hold fast, maintaining a 19-14 lead at the final buzzer.

“To get this win, our boys did a great job against a talented team”, said Cranes Head Coach Scott Steward. “It really demonstrates to the football community how our far our program has come.”

Paulus would lead the Cranes in scoring with 4 FG’s and a PAT.

Defensively, senior S Torrell Williams and junior LB Ian Stargardt each had 7 tackles, while LB Tariq Muhammad had a pick six for the Cranes.

Whiteside led the Falcons with 56 yards rushing and 2 TD’s. 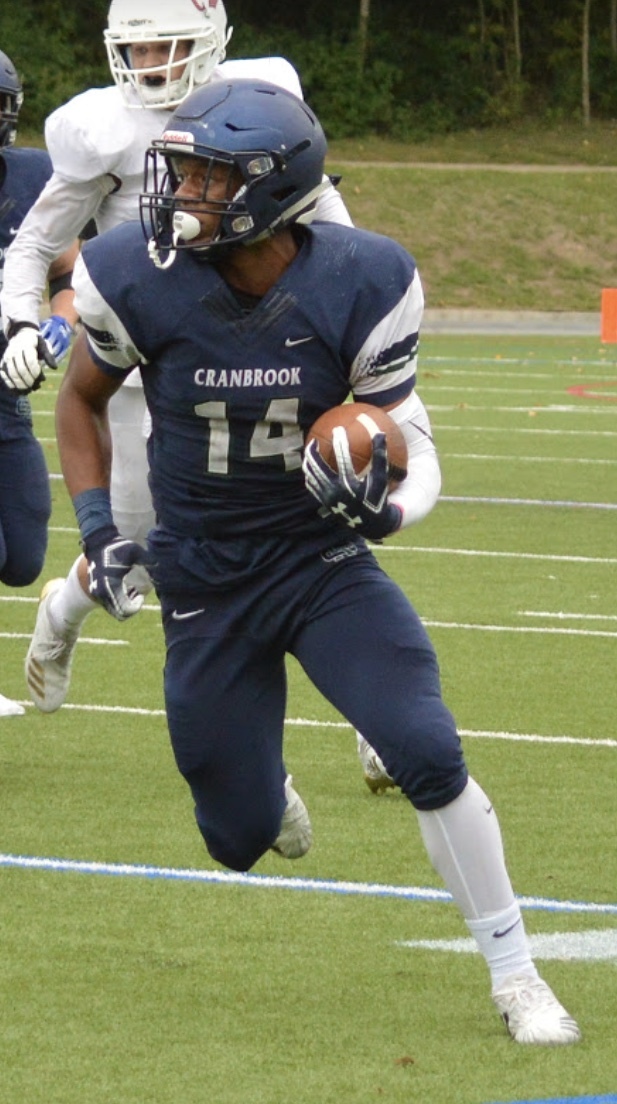