As a player, VanGorder was a three-time All-GLIAC linebacker earning First Team accolades in both 1979 and 1980, after being named to the All-GLIAC Honorable Mention squad in 1978. He played in all 38 games during his career recording 335 tackles (192 solo, 143 assisted), which ranked second in school history when he graduated.

After making 41 tackles, as a freshman, VanGorder led WSU with 136 tackles (75 solo and 61 assisted) in 1978, the third-highest total in school history at that time.

The following season, he recorded a career-high three interceptions along with 85 tackles (54 solo, 31 assisted).

After spending his first year out of college as an assistant coach at West Bloomfield High School, his alma mater, VanGorder spent the next seven years as a successful high school head coach in Florida earning Coach of the Year accolades all seven seasons. He complied a 52-16 record with his 1987 American Heritage School team being ranked No. 1 in the state of Florida.

Following three years as defensive coordinator at Grand Valley, he returned to Detroit and led the Tartars to 16 wins, the most in a three-year period in a decade.

In 2001, VanGorder was hired at the University of Georgia as defensive coordinator and linebackers coach. During his first year as defensive coordinator in 2001, the Bulldogs allowed just 18.9 points per game, ended up 15th nationally in rushing defense and ranked 17th in scoring defense. The 2002 season saw VanGorder's defense not only lead the SEC in scoring defense, but finished fourth nationally. The Bulldogs allowed less than 15 points per game during the season on their way to eventually winning the Sugar Bowl and finishing third in the final national poll. His defense was ranked 15th nationally in yards allowed per game (303.50). For his performance, VanGorder was named as the seventh recipient of the Valvoline Southern Sports Tonight Assistant Coach of the Year award.

During his four years at Georgia, the Bulldogs won one SEC title, two SEC East Division Championships and three bowl games. He was also selected as the 2003 Broyles Award winner as the national assistant coach of the year.

VanGorder then moved on to the professional ranks spending the 2005 campaign as the linebackers coach for the Jacksonville Jaguars before serving as the head coach at Georgia Southern in 2006. He returned to the NFL spending five years on the Atlanta Falcons staff, including four as defensive coordinator. VanGorder was the defensive coordinator at Auburn University in 2012. 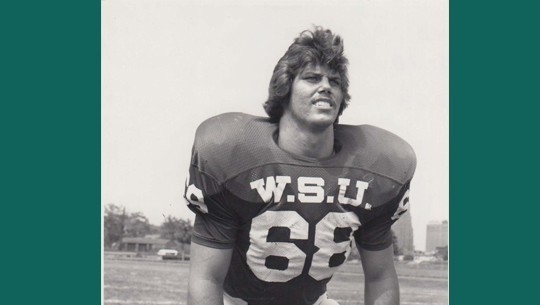