Super 11 in Michigan, July Week 4 - The top 11 winningest programs in the last 3 years

The past 3 years is the best method to evaluate if a program is trending up, down, or average. No senior in the Class of 2018 played high school football 4 or more years ago while some played varsity & had roles as freshman. As you'll see below 3 years shows the who is who in the state. This week we will review the top 11 winningest programs the past 3 years, if there is a tie in records, the school with more titles or accolades gives them the higher spot. 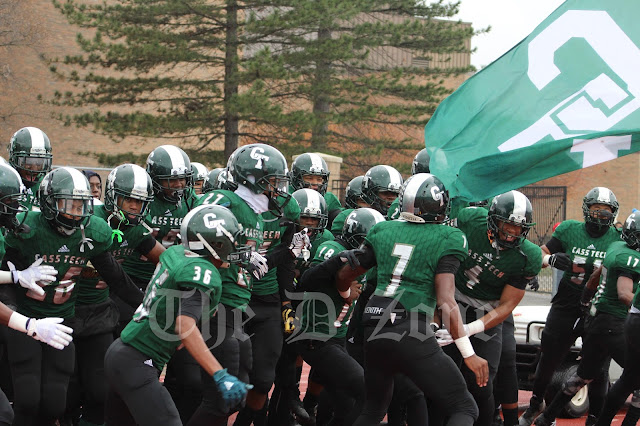 - The Crusaders have owned Division 8 with 5 playoff shutouts in the past 3 years. MCC's toughest win came in the 2015 state finals vs. Our Lady of the Lakes. With sophomore Cam Martinez returning, the Crusaders have the best chance at being 42-0, 2 years from now.

- The Ithaca Yellowjackets who are located between Lansing and Mount Pleasant ruled Division 6 since 2010 as they had a 69 game winning streak. The wins didn't stop for Ithaca as they won the title again 2015. Their 2 losses are their only losses since 2009.

- The Falcons are 1 of 3 teams; Muskegon Catholic Central and Saint Mary's to have cruised in the playoffs as all 3 have won the previous 3 state titles in their division. The Division 5 powerhouse doesn't mind a few tough regular season opponents with Lumen Christi and Grand Rapids Catholic Central on the schedule again.

- Cass Tech since 2010 has been a juggernaut as they've reached the D1 semi-final each year since 2010 and have produced more Division 1 football recruits than over 500 high school's in Michigan combined the past 3 years alone. Cass Tech hasn't lost at home in nearly a decade and plays in the state's highest playoff, Division 1.

- The Pirates are northwest of Lansing and have been consistent the past 20 years or so, but as of late have turned it on a whole new level as they're fresh off of their first ever state championship in D7 from last year.

- The Bulldogs have gone 1-2 vs. Pewamo-Westphalia the last 3 years, so these records are near interchangable. Loyola has done very well as they went through the CHSL lower tiers with a high rate of success, so much so that the Division 7 school was forced to play the much higher enrolled, Saint Mary's and De La Salle or else face the risk of termination from the conference.

- Menominee which borders Wisconsin on the Upper Peninsula has faced little challenges the past 3 years, besides a crossover loss to D3 program DeWitt and 3 straight losses in the Division 5 playoffs to West Catholic. Versus West Catholic 2 of their losses were in the state finals and 1 was in the regionals.

- The back-to-back state champions in Division 2 have 3 losses to their rivals Cass Tech and could very well climb this chart with another repeat in Division 2. The Crusaders stacked up their schedule so they'll be well tested to start the 2017 season.

- The Hornets were the Division 1 runner-ups in 2015 as they defeated Cass Tech in the semi-finals. Saline in the past 5 years has been a top 10 team in the state and are showing no signs of slowing down.

- The Red Arrows were in Division 2 the past 2 years and Division 3 in 2014. Lowell has formed a mini rivalry with Walled Lake Western who beat them 2 of 3 games the past 2 seasons, most recently in the D2 semi-final.

- OLSM faces some tough crossovers and their CHSL Central opponents before crushing all of Division 3 until they reach the finals where they had 2 great games with Muskegon the past 3 years. Every season since 2006 St. Mary's has reached the state finals if they qualify for the playoffs.