The week 1 of the 2017 football season is shaping up to be an extremely strong week of football. Many state title contending teams will go head-to-head including an early season top 5 vs. top 5 matchup and the defending D1 and D2 champs each have formidable opponents from bordering states. 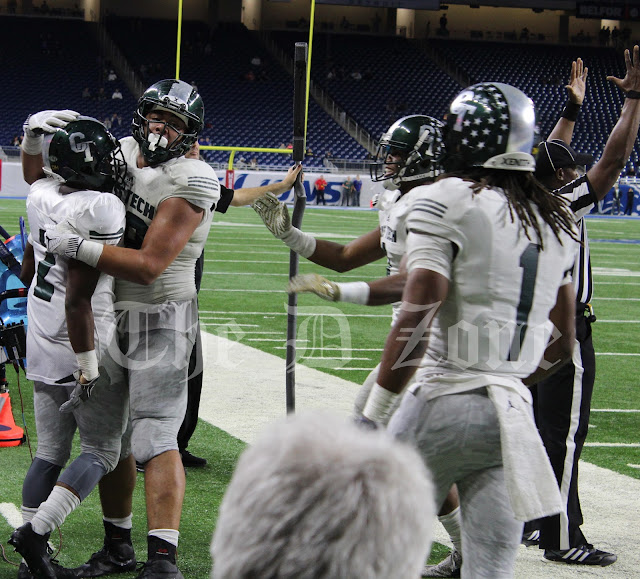 - Cass Tech is the Division 1 state champions and are taking the show on the road to Ohio where they'll meet Pickerington who went 13-2 in 2016, losing in the semi-finals. Cass Tech loses 17 starters from their state finals depth chart, but have 12 D1-FBS offered players coming up in hopes of repeating as the D1 champs. 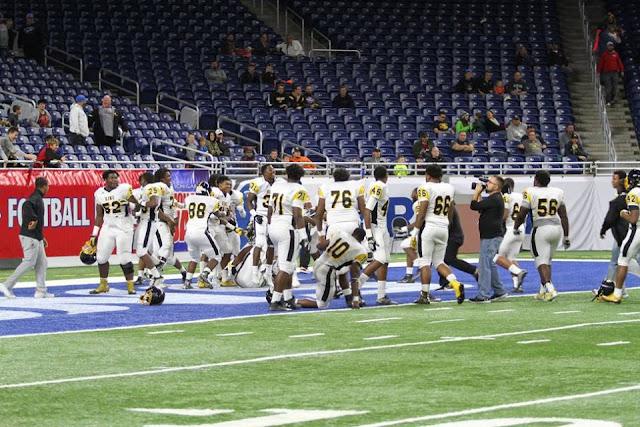 - Detroit King is the back-to-back Division 2 state champions and initially had problems fielding a week 1 opponent until their head coach, Tyrone Spencer tweeted out a tweet gauging interest of teams who were looking to play King in week 1. King returns mostly everyone from their 2016 team and is mostly junior heavy. Cathedral went 7-5 last year, but overall is the all-time most winningest program in Indiana. 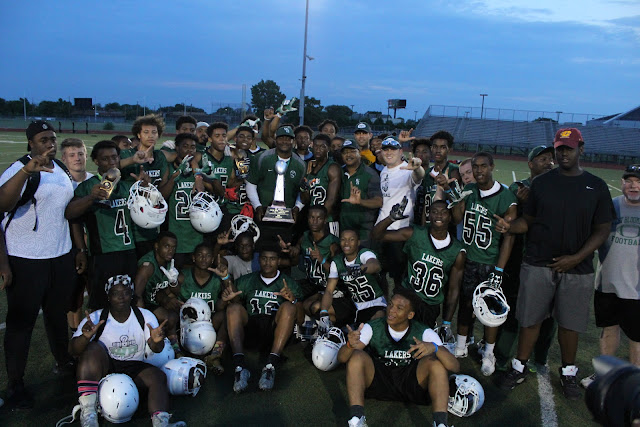 - The Prep Kickoff Classic kicks off the season with a BANG! Our "too early pre-season rankings" highlight both teams in the top 5 of the state. West Bloomfield returns one of the most prolific offenses around as they feature 7 players on the offensive side of the ball who hold D1-FBS offers, including 2 Wisconsin commits and a few more hold FCS offers. Walled Lake Western was the D2 runner-ups in 2016 and lost quite a bit, but received a few incoming transfers to fill holes and Justin Thomas figures to be one of the most productive receivers in the state in 2017. WLW 2018 LB Jonathon Moffett is committed to FCS school, Indiana State. 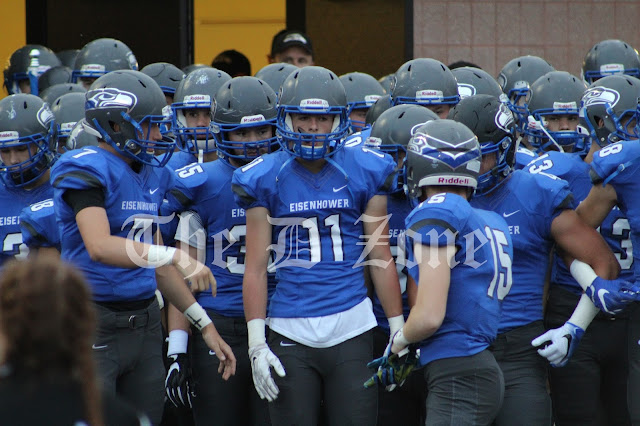 - The Prep Kickoff Classic stacked the bill on Saturday and their middle game will attract a huge following. Eisenhower finished last season as a play away from being in the state finals as they lost an epic game to Cass Tech in the semis. Max Wittwer returns to command the Eisenhower offense which loses quite a bit of seniors. Oak Park features a plethora of talent around what will probably be a mix of two QB's in Dwan Mathis and Corey Graham. The Knights are considered a D2 contender while Eisenhower figures to be one in D1 as well. 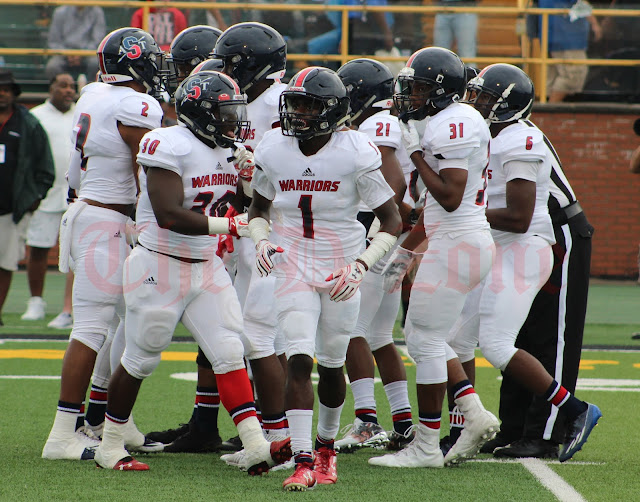 - Davison and Southfield A&T follow up the highly anticipated West Bloomfield vs. WL Western game at 7 pm at Wayne State on Thursday, August 24th. Tariq Reid returns as 1 of 2 RB's to eclipse 2k yards last year for Davison. Southfield A&T loses a ton of their stars to transfer and as usual replace a handful of collegiate bound athletes. Both teams are securely in the top 20.

- The Pilots and Red Arrows meet for the 2nd consecutive season as Wayne State is regularly DLS's home field, but is technically a game in the Prep Kickoff Classic for week 1. Last year at home, Lowell beat De La Salle 36-19. The Pilots fill mostly all of their holes with transfers from Dakota and appear ready to be back in the D2 conversation. Lowell returns just about everyone from their squad who fell to Walled Lake Western in the semi-finals.

7. Rockford vs. Saline - Thursday 4 pm at Univ. of Michigan

- Rockford initially denied the chance to play at Michigan last year, but a summer sickness resulted in Rockford forfeiting their home game anyways vs. Saline. This year Rockford hopes to be healthy in time for the season with Northwestern-bound QB commit, Jason Whittaker leading the Rams offense. Saline has talent across the board and like normal won't skip a beat with a new QB leading the offense for the 3rd season in a row. Both will be contenders in D1 as usual.

- This will be the first meeting between the 2 cross-state squads. Canton in all but 2 years since 2000 has won over 8 games in a season, but have only reached the state finals in D1 once when they lost to Rockford in 2005. Mona Shores the last 4 years have turned it on but were very young in 2016 as they went 5-4 and didn't make the playoffs. Mona Shores lost to De La Salle in the 2015 D2 state finals.

9. Clarkston vs. Lapeer - Friday 7 pm at Univ. of Michigan

- On the edge of Metro Detroit is Clarkston of the OAA Red and as a result of the Lapeer schools merging a few years ago emerged Lapeer as a constant D1 threat in the playoffs. They have decided to lock horns for the second year in a row in week 1 with Clarkston winning 28-7 in week 1 and Clarkston beat Lapeer 45-21 in the opening round of the playoffs in 2016. Both teams were fairly young last year and return key players across the board.

- In a statewide poll to determine our final game for this feature, Country Day and GRCC received nearly 40% of the total votes. Country Day will travel out to GRCC who defeated them in the D4 finals in 2016. Both teams replace key offensive players, but will both be capable of returning to Ford Field 13 weeks later. 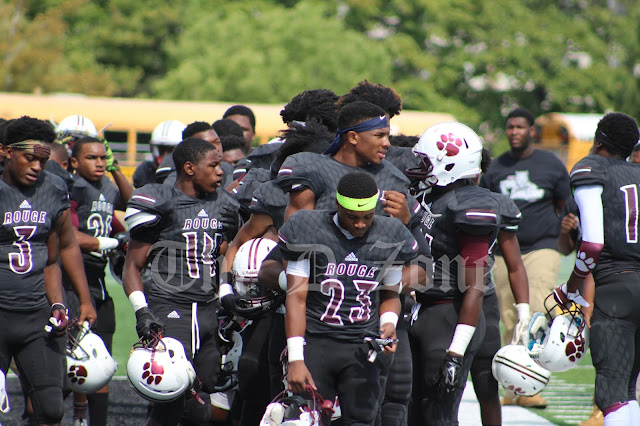 - River Rouge 2 years ago was the D5 runner-ups, D4 semi-finalist last year, and now appear to be solidly locked in Division 3 for the 2017 playoffs. The Panthers haven't been shy of loading up non-conference games vs. good opponents and East English Village Prep out of the PSL who is a D2 playoff team will be next. A jam packed Saturday will kickoff with this intriguing matchup.